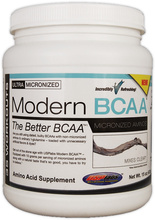 Little Known Anabolic Pathway - mTOR
If you've never heard of mTOR (and even if you have), listen up and listen good as this is one of THE most under-rated anabolic & protein synthesis pathways known to man…*

And…chances are…you're not even coming close to maximizing its enormous potential…
mTOR (Mammalian Target of Rapamycin) is a large proline-directed serine-threonine protein kinase that's responsible for a wide range of physiologic and metabolic functions in several cell types, including both adipocytes (fat cells) and myocytes (muscle cells)…
Among its many roles, mTOR is responsible for hypertrophic growth (an increase in muscle cell size, for example), protein synthesis and tissue morphogenesis…*
As a result, compounds which target the regulatory pathways of mTOR have been highly sought out for quite some time…
A wide range of data have suggested that amino acids are capable of directly promoting mTOR signaling pathways in skeletal muscle (1, 2, 3, 4), including the possibility that they activate some of the cell signaling elements upstream from mTOR in the insulin/growth factor signaling pathway…*
Unlike Your Mom, mTOR DOES Play Favorites
However, this same data suggest that the amino-acid induced activation of mTOR signaling pathways is not uniform, and there is evidence that the mechanism of mTOR activation may be both tissue and amino acid specific (5, 6).*
In particular, the amino acid leucine is indicated as being primarily responsible for the branched chain amino-acid induced activation of mTOR signaling pathways, and therefore mTOR's effect on protein...
Average user rating from: 2 users

Written by Anonymous
Only used twice. Both times, it caused an intense mind high. The first time it was ok and the second time made me want to sleep for weeks. Scary shit. It tastes terrible and I haven't noticed anything beneficial about it. I would not recommend it.
Was this review helpful to you?

If you're expecting an Xtend-killer, you can exit this review now, because Modern BCAA isn't it. Rather than cloning Xtend, USP Labs offered a research-backed, leucine-heavy BCAA formula that also differs from other BCAA products in its avoidance of artificial dyes and excessive flavoring. The result: a reasonably well-designed supplement that won't get much recognition in a crowded marketplace due to its sub-par flavoring and atrocious mixbility. The flavor is pretty much absent as far as the White Blue Raspberry is concerned, and most of the powder sits at the top of the water, no matter how vigorously you shake. There is no bitter BCAA taste, and this does seem to aid in recovery. Also, thanks to the toned-down flavor, it doesn't tear up your stomach like Xtend can. This is a solid product in its own right, but again, will probably not be accepted by most bros.
Was this review helpful to you?